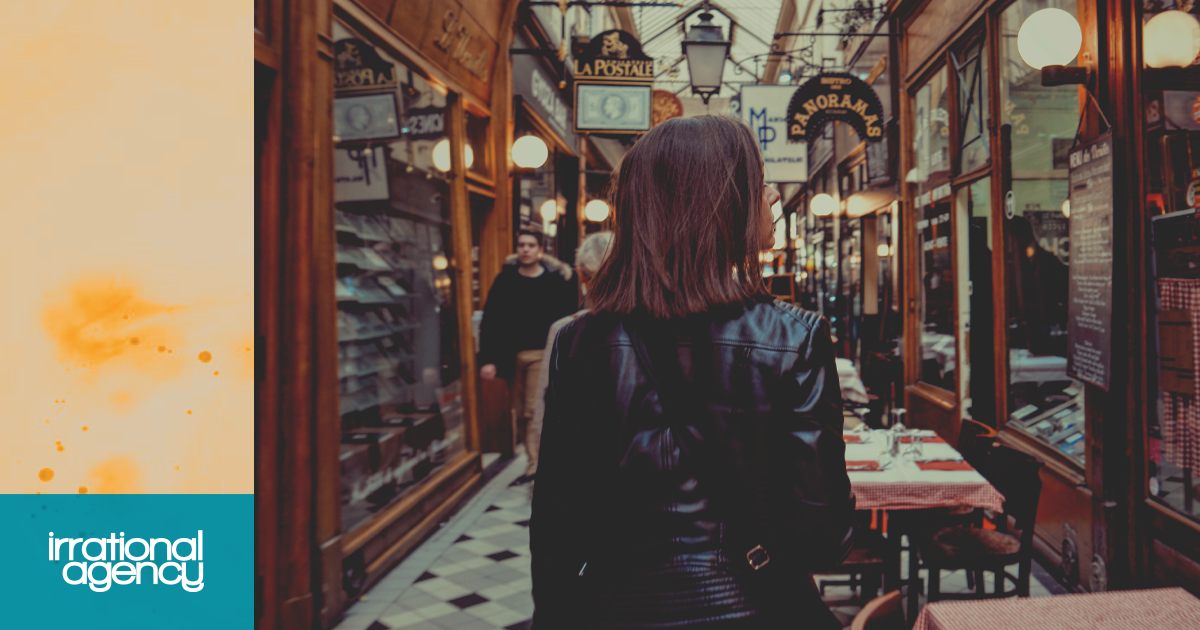 In the late 19th and early 20th centuries, a battle between Thomas Edison and Nikola Tesla shook the world of business and technology. Each of these great inventors pushed forward the cutting edge of scientific discovery to bring dozens of new inventions to the public. These intense rivals fought over different visions of electrical technology, had very different philosophies and ultimately only one could win. Tesla was probably the greater genius – yet Edison is the more famous today, with the record player, movie camera, microphone, lightbulb, and innovations in batteries, power plants, and even cement credited to him. Why? Because Edison knew what people wanted. He knew how to turn obscure, difficult-to-understand laws of science into products that would succeed in business. Tesla might have made a comeback in public fame recently, with the famous car company named after him, but Edison made by far the bigger impact at the time.

In the 21st century, we have our own equivalent of the discoveries of electric and magnetic waves that enabled this surge of innovation. Our new revolution is the laws of human behavior – the findings of behavioral science. Just like in Edison's day, scientists in universities across the world are pushing the boundaries of discovery, with hundreds of papers published every month listing new findings about the brain and human behavior.

But sometimes it can feel like there are a lot of Nikola Teslas out there – people doing cool-sounding talks on the science of how the brain works, without connecting it to real commercial solutions. The question that pragmatic clients are asking is, “How can this knowledge be applied to solve our business problems?”

That's why you need to be an Edison, not a Tesla. And Irrational Agency, which was one of the first research agencies to specialize in behavioral science, can help you to invent your brand's lightbulb.


What did Edison do and how is that relevant today?

The first thing Edison had to do was persuade people that electricity was actually a good idea! As strange as it sounds now, many people and businesses were quite happy using candlelight, gas lamps, or steam power. Why spend the money to explore this new-fangled "electricity"?

Today's steam power is the rational model of marketing – the traditional researcher who asks consumers to self-report their behavior, what products they buy, and which ads or brands they like. When traditional research surveys consumers, their self-reported answers are rarely true representations of their actual decisions. Humans report they are logical, but study after study shows this is not the case. The power of the non-conscious brain is underrepresented and logical answers given do not correlate to the more emotional decisions the consumer actually makes at the moment of purchase. Traditional research, like steam power, worked well enough fifty years ago, but do we still want to be in the steam age when electrical power has been invented? We know that the new normal for marketing research excellence is behavioral science, but similar to electricity, it is new and unfamiliar which makes it difficult to permeate the industry.

Our version of the electric revolution is the discoveries of behavioral science. When consumers respond irrationally to a discounted price, react to stories instead of facts, or misremember their recent experiences compared to those of last month, they are revealing the true workings of their minds. And just like electricity, these truths have always been there – you have seen them happening just like 19th-century people saw a lightning strike – but now the science is there to help you analyze and take advantage of these laws of consumer behavior.

Brains seamlessly orchestrate thought, feeling, action, sensation, and communication between the prefrontal cortex (working memory) and hippocampus (long-term memory) in ways that were once thought to always be logical. But they’re not. How often do consumers buy a refrigerator from the same manufacturer as their just-purchased, much-loved phone? Those who make an excellent mobile phone do not always make the most long-lasting refrigerator. What about buying an overpriced coffee just because a discount popped up in their email in time for a nice break? Our brains operate irrationally despite our belief that we are making purely rational decisions, but science also shows that in-the-moment suggestions, narratives, statements, or nudges can be immediately effective in the decision-making process.

So how would Edison approach market research?

Edison was not fully aware he was tapping into an understanding of how brains worked to drive behavioral change. He didn’t try Tesla’s method of assuming the masses would be intrigued and inspired by the facts of science. Edison understood that you had to tell a better story of what one’s life could be like in the future by adopting new thinking and behaviors. In this way, he tapped into the more emotional side of the brain and won hearts before minds. First, he'd say you don't need to abandon and replace all the old methods at once. Be evolutionary – keep the best of the old, and introduce the new ways where they add the most value.

Second, he'd help you show your stakeholders the spectacular potential of behavioral science. Edison's own demonstrations of electricity were cruel by today's standards – he electrocuted an elephant live on stage to show the dangers of Tesla's electric system. Fortunately, behavioral science can be demonstrated without hurting any creatures! You can get your colleagues to pay more for a bottle of wine by subconsciously planting their own birthday as an anchor. Or use the power of storytelling to bring them on an emotional journey that turns an ordinary product into a powerful symbol of identity and joy.

Then he'd sit down with you and get to work. Set up initial breakout sessions to dig deep with all stakeholders, pinpoint the business questions, and reveal core contributing factors. The goal is to reframe business questions like, "What do we want to know?" to "What consumer behaviors could we change?" and expose knowledge gaps to set a project up to deliver truly new insights that can move a business forward. Ensure that all stakeholders commit to the behavioral framework. “We won't move forward until everyone on the team understands” is a promise from Steph Shaarwi, Irrational Agency’s Managing Director. This highly collaborative process with the client produces real-life decision-making materials that delve into consumers' immediate actions rather than forecasting, on a survey, what they MAY do in the future. This creates the possibility of not just looking backward to what consumers did, but more importantly, understanding root patterns of behavior and internal narratives that drive what consumers will do in the future. In the end, this produces a map of the consumer's mind: the mental landscapes in their head, the stories they tell themselves, and their perceptions of your brand and products within that landscape.

Next, it might be time to turn those insights into a product. That's where Edison excelled. He had an instinct for just which features would appeal to customers, and what they would pay for. In today's world, he would have the extra advantage of using Behavioral Conjoint, a behaviorally designed version of conjoint analysis. This tool can almost read a consumer's mind, revealing what they want from a product, how much they will pay and how you can design the messaging. It provides nuanced answers without losing any statistical significance and taps into the customer experience at a deeper level to uncover stories that compel them to action. At scale, it deciphers what customers are passionate about and how the brand can exploit key differentiators to increase brand affinity and remove friction from the path to purchase. And in doing so, it delivers qualitative insights at the speed and scale of quantitative studies.

Would you rather be an Edison or a Tesla?

Let's be honest, we'd probably all like to emulate Tesla the company – but Elon Musk's business secret is: he is much more of an Edison than a Tesla himself!

So this is how Irrational Agency can help you be like Edison (and Elon). Our three top tips are:

When brands want to tell a better story, they must first listen to a better story - the true narrative of their customer. In the end, businesses that can mine consumer narratives create more cohesive stories of their own that engage customers at a deeper level. This is the insight that delivers a competitive edge - linking behavioral science insights to real-life business challenges.

Get a head start on how to leverage this and download our guide to behavioral market research below! 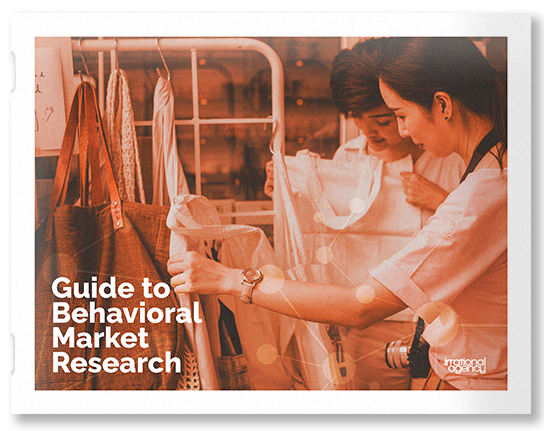 The Pros and Cons of Industry Trend Reports 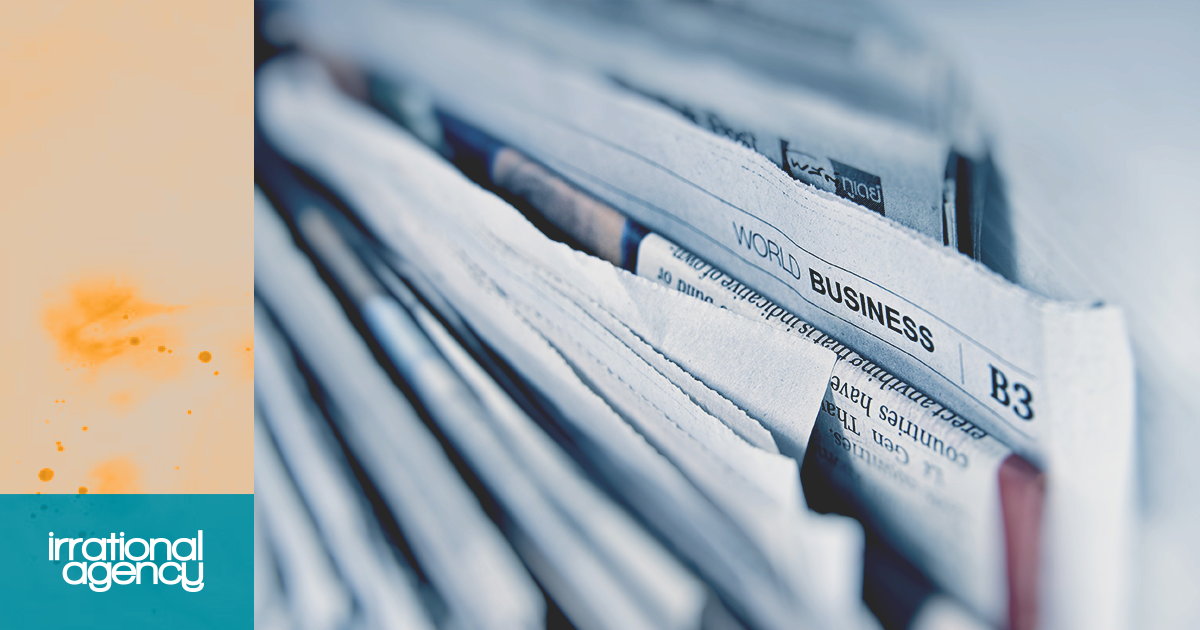 Are you interested in sustainability? Cryptocurrency? Whether consumers trust you to collect data about them, and the...
Read more >>
5+1 Top Market Research Podcasts Episodes to Bring You up to Speed Today 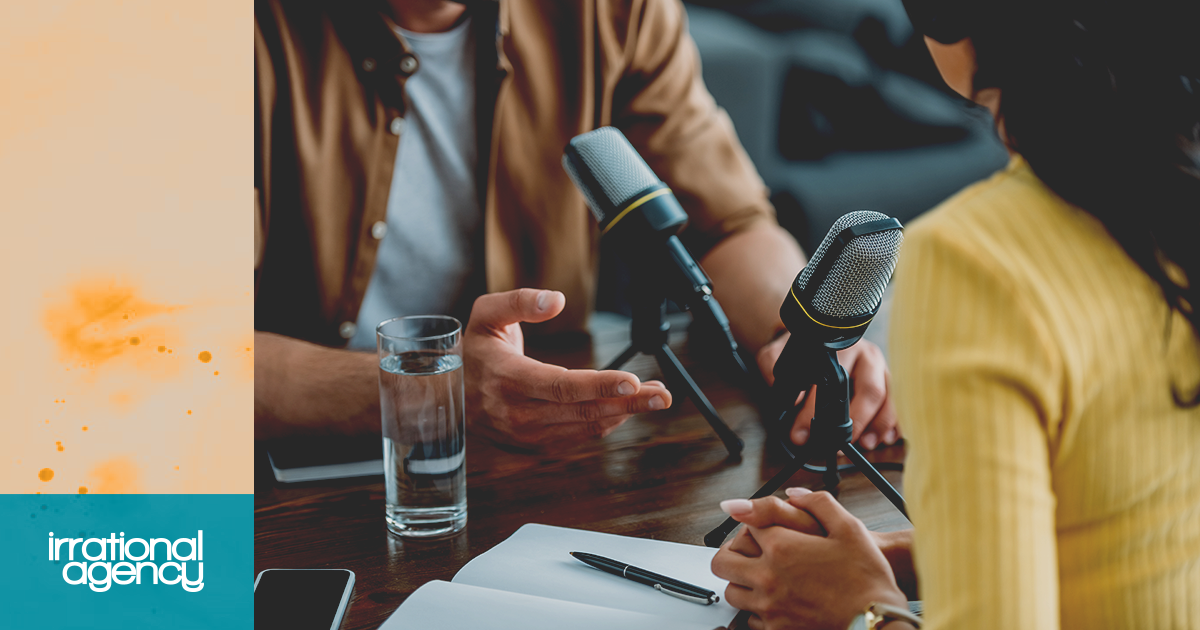 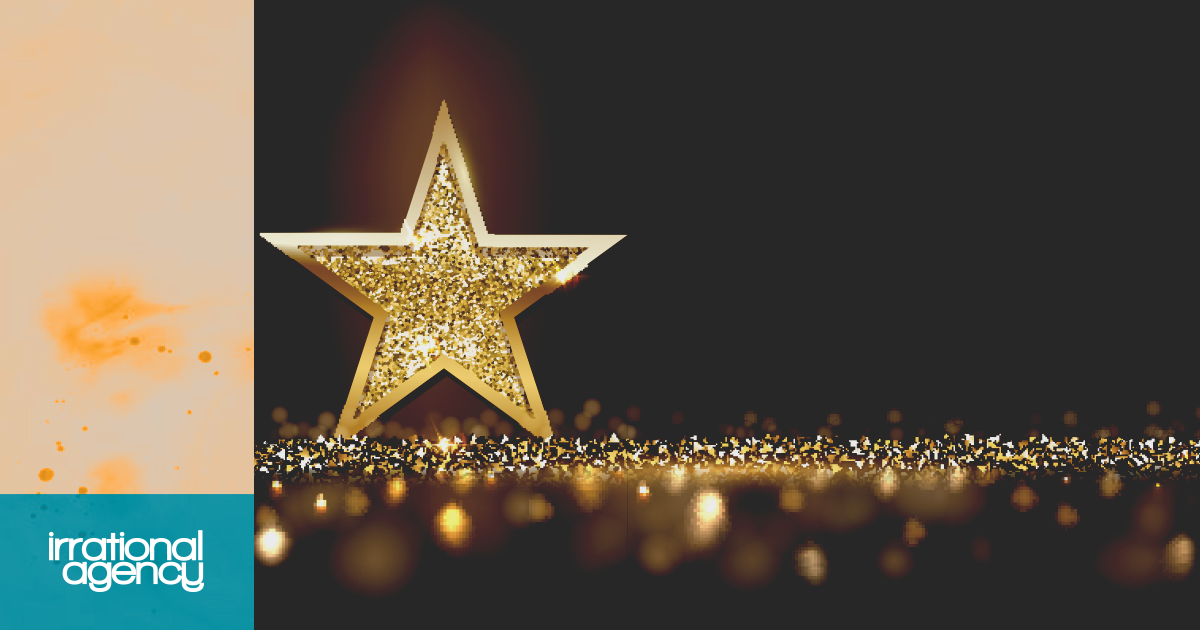 Recognized for their profound contributions and research learnings, Irrational Agency together with their key client...
Read more >>
<< back to all posts