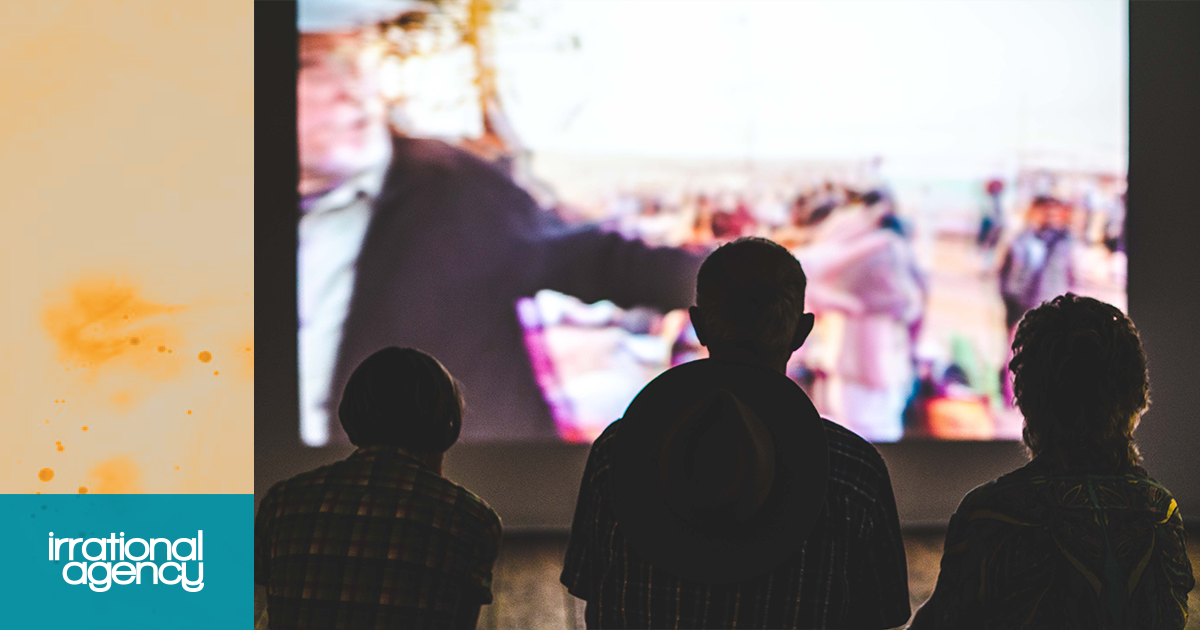 It may be exaggerated and dramatic, but there is no piece of popular culture that has mythologized the world of advertising quite like Mad Men. And if you Google ‘best Mad Men pitches’, there is one memorable scene that sits at the top of almost every list. Don Draper’s Kodak presentation.

Tasked with pitching an advertising campaign for Kodak’s newest product - a slide projector dubbed ‘The Wheel’ - Don Draper presents pictures of his own family, traveling back in time. Photographs of his children sitting on his shoulders. His pregnant wife. The day he was married.

“It’s not called ‘The Wheel’,” he tells Kodak “ It’s called ‘The Carousel’, It lets us travel the way a child travels. Around and around and back home again to a place where we know we are loved.”

The pitch is a roaring success. It appeals to Kodak for the same reasons it has stuck with TV audiences - it is emotional. He is using a nostalgic story, a carefully crafted narrative that will sell his idea to the company, and then ultimately sell the product to consumers. He knows that selling something is about more than product features, and price. He is selling a narrative that customers will want to buy into.

Why What You’re Doing Isn’t Working

In TV shows, men like Don Draper sit pensively at a desk for a few seconds (they only have an hour to save the day, after all!) before suddenly coming up with new, brilliant, innovative ideas. But, this is rarely how good ideas come together.

So how do we come up with strong consumer narratives in the real world?

The problem is that traditional research methods often focus on the past, and consumers are bad at predicting their future behavior. What consumers are really thinking is hidden beneath layers of rationalization - from what is socially acceptable, to what is hard to verbalize - and this cannot be accessed by asking direct, prescriptive questions to a group of five people in a sterile room, or in an online survey.

Discoveries in neuroscience over the late 20th and 21st century reveal that this idea of rational economic humans is a myth. Making a choice as a consumer is emotional, complex, and driven by the subconscious. It is this emotional subconscious that makes Don Draper’s carousel pitch so effective.

Instead of asking straightforward questions rooted in past behaviors, narrative research encourages consumers to reveal their inner-narratives and share their stories - both conscious and non-conscious. In turn, by using the right kind of prompts, we can become better listeners.

What Questions to Ask

Where traditional focus groups or surveys tend to follow a prescriptive process with all respondents working through a list of the same questions in a set order, narrative research encourages us to be agile and focus on what is important or relevant to each individual. Instead of asking what logical steps led to a certain consumer behavior, narrative research looks to better understand associations with certain concepts, products, or brands. These associations create a conceptual consumer narrative that we can then model and analyze.

So rather than “Which of these statements about chocolate do you agree with?”, ask questions like “What’s your earliest memory of eating chocolate?”

Instead of “Rank the following features of an automobile in order of importance, starting with the most important”, try “Imagine yourself in your dream car, on a journey you’ve always wanted to make, driving on the open road. Where are you going? How does it feel? Who’s next to you? What is it about the car that you enjoy most?”

And replace “Rate these brands from 1-5 on each of the following attributes” with “Imagine an alien visits Earth from another solar system (fortunately they learned to speak English on the way here). In one sentence, tell them the difference between Coca-Cola and Pepsi.”

This approach provides us more genuine responses and allows us to build a more accurate and insightful understanding of consumer psychology and how it drives decision-making. Studies show that we make up to 95% of our decisions using subconscious shortcuts. These shortcuts are guided by our internal biases and beliefs, things that we may not even be aware of. Despite this, we tend to self-report that our decisions are largely conscious and rational in nature.

How to Ask Questions

Getting people to open up is not a simple task, but there’s one technique that nearly always works: sharing stories.

Creating the right environment is key. Stories reveal truths about emotion, meaning and motivation that can be hard for consumers to express directly, or to pinpoint with survey questions. Most respondents find it easier to tell stories through voice instead of text - around half of respondents typically choose to respond by voice instead of keyboard when given the option, and the stories they share are 50-100%longer.

Instead of asking leading questions, encourage consumers to tell stories by providing open prompts. A typical scenario we carry out in our work is using storytelling to set a scene, and asking the consumer to continue the story by telling us ‘what happens next’.

Another powerful technique is sharing your own stories, or the stories of other consumers. This can act as a prompt, as well as establish a feeling of reciprocity. We often share our own stories to help open up space for the respondent to tell us their own. Instead of asking people to tell their personal stories to a group of strangers they are able to talk in a non-judgmental and reciprocal environment which encourages them to be more honest.

In turn, this creates a back-and-forth cycle, where story hearing flows into storytelling, and the process is naturally sustained. Respondents remain engaged in a way that cannot be replicated whilst ticking through countless boxes of irrelevant questions, or being asked to describe a new product.

How to Listen to the Answers

When the process of story hearing is complete, you may be wondering whether any of this data can be made useful. How can story listening become story hearing? With the right technology, these stories can be analyzed - even on a large scale - and measured or tracked over time.

Story listening can be crucial in successful marketing. If you only hear what someone has to say, a misunderstanding can be disastrous - and even the world’s biggest brands can be susceptible to these errors.

In 1994, Starbucks conducted market research that suggested consumers wanted a cold, sweet, bottled coffee beverage they could conveniently purchase in grocery stores. In response, they partnered with PepsiCo to offer Mazagran, a “sparkling coffee” beverage.

Unsurprisingly, the product was a huge failure. Bottles collected dust on shelves.

When Starbucks went back and actually listened to their customers, they realized that whilst they did want a cold, bottled coffee beverage, they wanted more of a milkshake than a soda pop.

Brand trackers have been giving only half the answer – the conscious half. Tapping into the hidden stories completes the picture.

Curious to see what you've been missing out on? 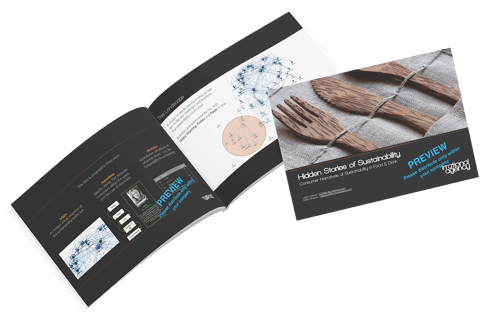 In the late 19th and early 20th centuries, a battle between Thomas Edison and Nikola Tesla shook...
Read More

Tapping into Narrative Research and Storyhearing

When it comes to understanding consumer behavior, researchers have tapped into a variety of...
Read More

Wouldn't You Like to Know: How Your Customer Talks about Your Brand When You're Not in the Room

Do you have that one acquaintance who is always nice to your face – but then badmouths you behind...
Read More
Back to All Posts